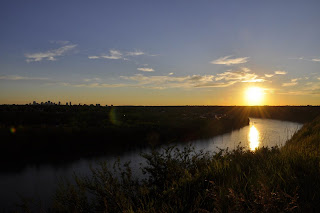 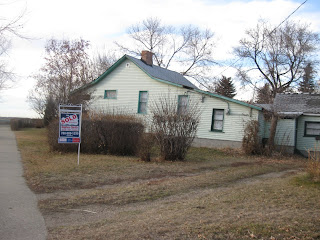 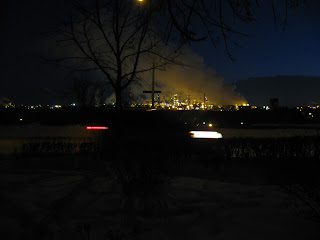 It started by finding the most amazing site. I still can't believe we saw this lot for sale- in the commercial listings no less- and were able to purchase it.
I have been looking for a lot to build on for a while- thinking I would find something in our current neighbourhood [McCauley]. And we almost did. I did find a lot a few blocks away- at a reasonable price- but this one was spectacular! We jumped on it, after the bank said they would actually give us enough money to build on the site.
It is the very last house on Ada Boulevard's eastern end, a street that hugs the north edge of the North Saskatchewan river valley as it snakes through Edmonton. And it looks out to the city to the west and to the Strathcona refinary to the south. It has excellent solar exposure and there will likely be nothing built to block the sun on this site, as only a road separates the house from the river valley.
Posted by Shafraaz at 11:59 PM